It's alive! The fabulous November 30 issue of Electric Spec is alive!

Thank you so much authors, artist, editors, and tech folks! You rock!

Most of all, thank you readers! You rock the most!

Posted by lesleylsmith at 9:25 AM No comments:

The anticipation is growing as we approach publication of the Nov 30, 2016 Electric Spec issue!
You've already heard from authors Osborne, Barnham, and Crooks about their stories.
This issue also contains some entertaining fantasy.

In the realm of fantasy, Chris Walker brings us Mered's Lament, a traditional knight-hunts-dragon story that rapidly upends the genre. Hint: it's a rare day these days to find a damsel in distress.

If you can't wait for The Dark Tower movie, coming next summer, Childe Roland by Sidney Blaylock, Jr. might just tide you over with his creative take on the Robert Browning poem.

And to leave you wanting more, here's a sneak peek at our cover art: 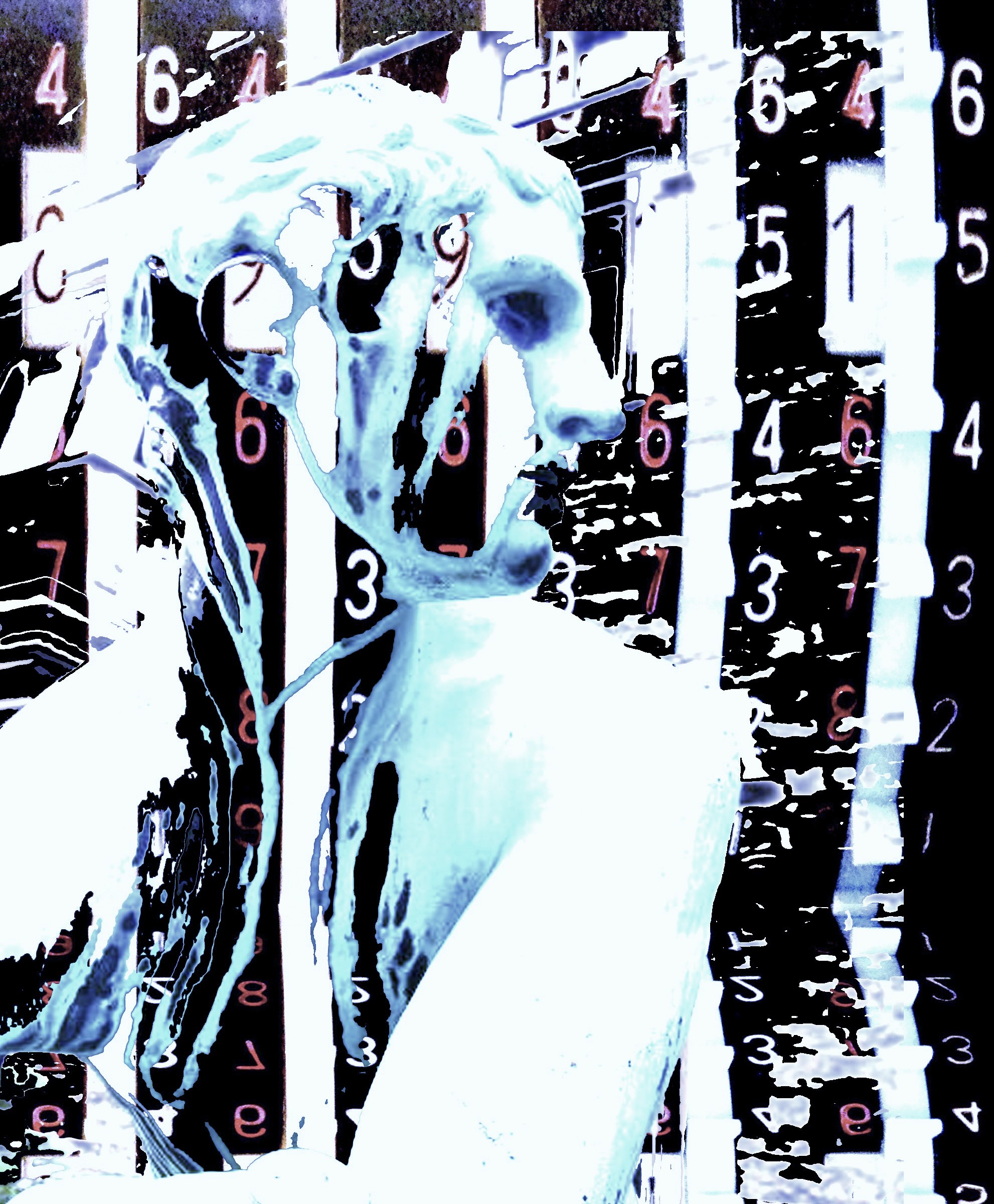 Oooh! We're getting close now to the fabulous November 30, 2016 issue of Electric Spec! Continuing our series of author comments, today we are delighted to hear from Karen Osborne about her story "Gazer."


I find it incredible that addiction is still such a taboo subject in our society. We’ve sent human beings to the moon and mapped the human genome, but when it comes to the struggle with the bottom of the bottle, things are apparently not as easy.

In our mixed-up world, someone who struggles with headaches needs -- and gets -- some aspirin, while someone who struggles with pain of a deeper nature often reaches for the bottle of booze or pills in order to heal less obvious wounds. Our culture doesn’t understand that kind of pain. Our culture takes that pain and makes it a moral failing, keeping the addict from feeling like they can reach out for help without being shamed.

That means that addicts can go around and around a bruising Moebius strip full of shame and loneliness for years before something convinces them they need help: you’re afraid of the pain, so you numb the pain, but the high keeps slipping further and further from your fingers, and the pain never really goes away. An addict’s pain is like a snowball falling down a mountain: by rock bottom, it envelops everything around it -- friends, family members, and sometimes the addict’s own life.

Recovering addicts will often tell you that if haven’t been down that hill yourself, you just can’t understand what it means to want that high so completely that you are willing to hurt yourself for it -- or the feelings that come afterwards when you choose to face your problems head-on.

Writing and reading fantasy can be addicting, too, in its own special way. By cracking open a book or writing our own stories, engaging with a fandom or putting in a DVD, we can escape the world around us and our own very real physical and psychological pain. We can be heroes. We can win the battle. We can save the world. We can be the secret princess or the knight that saves the land or the very center of the narrative. A good story can be a heady, wonderful high, can’t it? Hasn’t everyone who spends their days on the factory floor or whipping spreadsheets into shape wondered, at least once, what it was like to be the Chosen One? "But, Karen," you might say, "that kind of escapism is mostly harmless."

What if it wasn't?

Be careful where you stand when you’re on the top of that hill...

Provocative and very thoughtful, Karen! Thanks!
Posted by lesleylsmith at 6:00 AM No comments:

We're proud to announce another exciting story in the November 30, 2016 issue of Electric Spec "Lenin's Nurse: Notes for a Dissertation" by Chris Barnham. We're also excited to have comments from the author about the story...
One of the interesting things about making stuff up is the way the characters you invent can take on a life of their own. And a loose end of a story written years ago can spin itself into a bigger story.

Many years ago, I published a story in the late-lamented Pan Horror series. It was called, "On the Fishermen’s Path", and told the tale of a young man’s holiday romance with a mysterious young woman who turned out to have a chilling backstory. At the end we strongly suspect that she was responsible for a series of grisly murders, and the young man in the story escaped becoming the latest victim only by luck.

Something in the story wouldn’t let me go, and long afterwards I found myself wondering whether there was more to the young woman’s story than I had written. I found myself reimagining the woman who disappeared at the end of "Fishermen’s Path". Where had she come from? Why did she do the things she did? What if she had been around a very long time, changing her name and identity, repeatedly turning up to bring havoc to the lives of the men who crossed her path? Thus I found myself writing a novel, ‘Among the Living.’ In this story, a widowed father, desperate for love and stability, falls for a wealthy, attractive, enigmatic woman who turns out to be have a dark and lengthy past. He tries to break up their relationship, but the woman breaks in to his home, attacks him and abducts his son. Warned off from involving the police, he sets out to track her down to save his son. The search takes an increasingly bizarre turn as he discovers connections to a series of other women, stretching back over four centuries.

As evidence mounts of the troubling links to these women from the past, the guy has to face the possibility that they are in fact the same woman; from the Elizabeth Barlow he knows, through Eliza Batho, mistress of the British Prime Minister in World War One, and finally back to one of history’s genuine monsters, Countess Elizabeth Bathory. A woman reputed to have murdered hundreds of people for their blood, using witchcraft to prolong her life. A woman who has kidnapped his son.

I was pleased with the book, but even then I found that my character would not leave me alone. "Among the Living" ended with her holed up in a cottage in the country, apparently safe from the authorities and free to reinvent herself again. But still she nagged at me. If she had lived a dozen lives, however careful she was she would leave traces. Surely someone would eventually stumble over those traces and maybe come looking for her. What would happen then?

This thought led to the story "Lenin’s Nurse". A diligent historian spots the similarities between Lenin’s nurse in the 1920s and Stalin’s assistant in the 1950s, and follows a thread that leads to a quiet cottage in the present-day English countryside. With results that he could perhaps have foreseen. Certainly if he’d read "Among the Living".

Maybe I’ve finished with this story now, and the character can rest easy. Only time will tell. After all, I wonder what she would do next...

Thanks, Chris!
Posted by lesleylsmith at 6:00 AM No comments:

I know what you all have been waiting for... More info about the stories in our November 30, 2016 issue of Electric Spec. Well, wait no more! We will be presenting a unique science fiction story "The Yuru-chara of Hector, NY" by Morgan Crooks. And right now, we're presenting comments from Author Crooks...
I don't remember what exactly inspired this story. I know the basic idea of virtual pets getting bodies came to me while I was driving and that I was taken enough by the concept to pull over to write it down. I suspect there was a radio program behind it but who knows. While writing the first draft I came across the concept of yuru-charas: in Japan, some municipalities create mascots to promote civic pride. That gave me Tama’s basic personality and outlook and the rest fell into place quickly.

One basic theme of "The Yuru-chara of Hector, NY," is responsibility. To what do we owe responsibility? What qualifies as deserving our attention and care? We owe this to other human beings, certainly. To pets, of course. Property and nature should be respected. Even certain intangible things like ideas need to be cherished. But what about virtual pets, digital assistants or online companions? Should we feel guilty when we eventually abandon a tamaguchi or pokemon? Should we be cavalier in our treatment of Siri?

But, you protest, those things are ephemera. They are designed to be discarded, programmed for disregard. And maybe that's true but somehow the question I kept circling around was not whether Tama suffers from her experiences but how Sam seeks a way to give that part of her childhood the dignity it deserves. If something is important to us at one point in our life than maybe it warrants attention and respect.

The other theme is, of course, dealing with the various losses involved in growing up. Of all of the protagonists in my stories, she's one of my favorites. I'm sympathetic to her impatience for the future to start even as I understand the regret she experiences. What I don't think she's fully dealt with are the consequences of placing one of her friends (no matter how artificial) into a box and walking away. In gaining a solid form, Tama makes Sam confront that abandonment.

Fascinating! Thanks, Morgan!
Posted by lesleylsmith at 6:00 AM No comments:

The Production Meeting tasks have been completed. Huzzah!
We selected 5 really neat speculative fiction stories. Huzzah!
I'll blog more about them later in the month. "Yeahs" should be hearing from us today or very soon. "Nays" should have heard from us already. It was extremely difficult to winnow down the list of excellent stories in hold-for-voting. You should feel good if your story was in hold-for-voting. If your story didn't quite make it into hold-for-voting, you should still feel good. You won't succeed if you don't try! Good luck next time!

We will have some really neat cover art!

We are tentatively going with the advertised November 30, 2016 publication date.

Stay tuned for more info about our upcoming stories! Hopefully we'll even have some author blogging!

Behind the scenes at Electric Spec we finished slush. Hooray! (Thanks for sending in your stories!) Now we're in the phase where we have to rank stories in preparation for our Production Meeting. Each editor ranks the stories from #1, the best, and on down to however many stories we have.

I always find this step to be very difficult, because all the stories in Hold-For-Voting are good. I don't know how the other editors do it, but I rely mostly on my gut at this step . Do I like it? Is it fresh, original? Thus, for me, this step is very subjective. Is this fair? Unfair? I know not.

The previous step, putting the finalist stories into Hold-For-Voting is more objective ( for me, at least). I try to discern if the story is objectively good. If so, in it goes.

I will compile the stats for each story and the total rankings will assist us at our upcoming Production Meeting.

Next week I'll give a report on the Production Meeting. And then...I'll start blogging about the exciting new issue!