The first 2017 issue of Electric Spec is alive! We're proud to present five fabulous tales: As usual, thank you very much to everyone who made this happen! Thank you staff! Thank you authors!
Thank you readers!
Posted by lesleylsmith at 6:00 AM No comments:

We are working hard on the new issue of Electric Spec.
We are proud to reveal the beautiful cover art "Snow Gates" by Nele Diel. 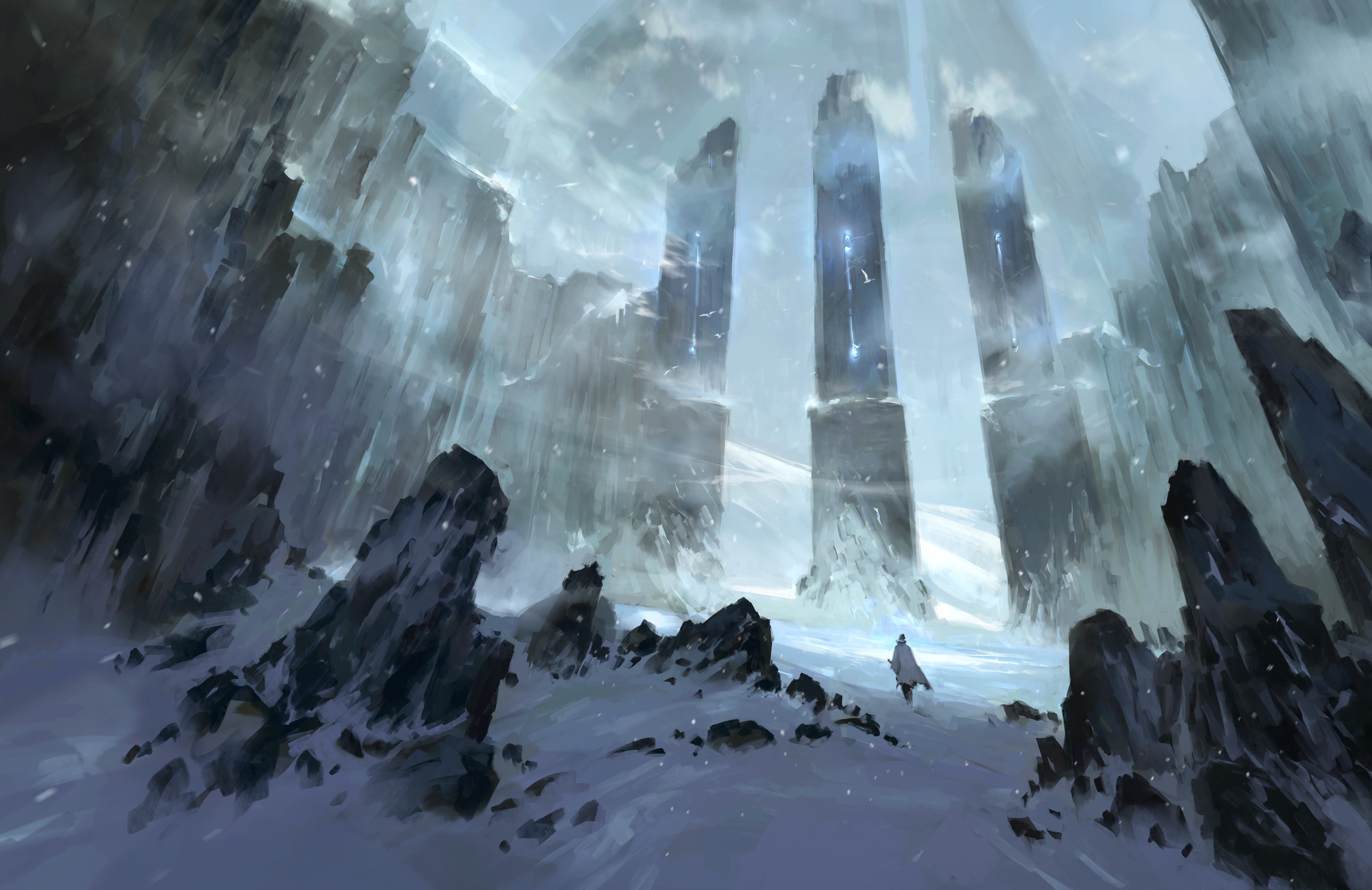 Here at Electric Spec we love learning more about our authors and how their stories come together. Thus we're excited to hear from Author David Bowles...

Growing up in a Mexican-American family, I was fascinated from an early age by the legends and myths of the borderlands and Mexico. At college, that fascination grew into scholarly interest in the culture and language of Mesoamerican peoples that rivaled my deep love of speculative fiction.

One of the most prevalent mythic cycles in pre-Colombian lore is The Five Suns, an epic description of the repeated creation, destruction, and rebirth of our world as the gods refined their skill and overcame their rivalries. Prophecies from before the Conquest promise that this fifth age of earth will also come to an end via violent earthquakes, and a new era--more perfect, peopled with folk of greater wisdom and goodness--will emerge under a new and brighter sun.

For the longest time, a need to tell the tale of that next transition has tickled the back of my mind, a creative itch I knew I’d eventually scratch. Then came the day that, on vacation in Mexico, I happened to be in a small Afro-Mexican town in Oaxaca when a group of men and women performed the traditional Dance of the Devils. Also watching the subversive celebration--which preserved the native gods of freed blacks right under the noses of their Catholic priests--were two women, holding hands, enrapt as I was.

The wheels of my mind turned. The story clicked into place, a blend of myth and science and cosmic horror that echoed the syncretic religious ecstasy I beheld that day.

We all of us wish for a better world. What sort of anguish would push us to risk this one to usher in the next? I hope that with "Quintessence" I give an answer that rings true and human in your minds and hearts.

Huzzah! We've finalized the scintillating stories for the fabulous February 28, 2017 issue of Electric Spec!
They will be:
Congratulations to all of these authors!
Thank you to everyone who submitted.

We'll have more preview info in the next two weeks.

We recently had a successful production meeting for the fabulous February 28, 2017 issue of Electric Spec. If you sent us a story for consideration: Thank You!

We've started emailing authors in the hold-for-voting list with the good or bad news. If you sent us a story between October 15, 2016 and Jan 15, 2017 and you haven't heard from us by the end of this week...bad news: your story likely got lost in cyberspace.
To reiterate: authors in hold-for-voting will hear from us this week.

As usual, it was a very tough time picking stories. Some behind the scenes discussion included:

Once again, we hope to get some new authors blogging here this month. So, stay tuned for that!
I better get back to work putting the issue together.
Posted by lesleylsmith at 6:00 AM No comments: