And, most of all, thank you readers!

We're proud to present "There Is A Beauty In This Condition" by Neil James Hudson in our awesome August 31, 2018 issue of Electric Spec. Here's what the author had to say about his story...


You can't step in the same river twice. New things arise and old things disappear. People fade away, and our memories fade with them. And as we age, we feel ourselves fading. Of course we should fight it, but it always ends the same. I've always kept diaries as a way of keeping it at bay; it makes me feel as if somehow the days can be preserved, the people kept real, and the past live on in the present. It doesn't, but I can't help hoping that the story of my life will be preserved after I've faded, as a kind of verbal corpse.

In this story, Penelope is the river that the narrator tries to step in twice. He knows it's not the same river, but he doesn't realise he's not the same man.

Check out "There Is A Beauty In This Condition" and all the others on August 31!

As part of our awesome August 31, 2018 issue of Electric Spec we're pleased to present Brother by Subodhana Wijeyeratne. Here's what Subodhana has to say about it:
I've always been interested in incorporating the South Asian cultural context into my science fiction. Coming from a Sri Lankan family, even though I was born and raised in the West, I've always been keenly aware of the amazing depth and diversity of the subcontinent's religion, history, and art. The challenge for me was to bring this into my writing without making it appear tokenistic or modish. I already had a crack at this once with My Lady, The Lily, a short story I based on a Sri Lankan legend, which appears in my collection "Tales from the Stone Lotus." But I'd never done a SF piece in a similar register.

In the end, it was Sri Lankan legend to the rescue, again. Though based in the near future, Brother actually makes reference to Sri Lankan history too. The two brothers bear the name of the famously feuding monarchs Kasyapa and Mogallana. Having usurped his father, Kasyapa fled to a giant rock in the jungle and build a palace on its back, a structure he called 'Sigiriya' -- Lion's Rock. After a decade of tyranny, he was deposed by Mogallana, but not before he'd turned the rock into a great pleasure palace carved in the shape of a lion and adorned with images of heavenly maidens, Apsaras. The rock is still there in Sri Lanka, choked with tourists. Brother in some ways is my ode to that tale, and to brotherly relations the world over -- that curious mix of competition, love, hate, and tenderness that characterizes the bond between male siblings.


Thanks, Subodhana! Very interesting!
Be sure to check out Brother and all the other stories on August 31!
Posted by lesleylsmith at 6:00 AM No comments:

As part of our awesome August 31, 2018 issue of Electric Spec we're proud to present Twist by Michael J. Nicholson.


On Lightning Strikes and Mountain Climbs

As far as pop-culture goes, I am a child of the 80s. So when my son received a Rubik's cube for his birthday this year, I promptly sat down and learned how to solve it. It took roughly 24 hours until I had it down pat and the movements were almost second nature.

During this process, the concept of "solving" the cube by twisting reality, rather than the cube itself, occurred to me. Within about 5 minutes I had the story, pretty much fully formed, sitting in my head. About an hour and a half later I had Twist in a Word document.

Now, at this point you're probably thinking something along the lines of "screw this guy!". Bear with me. This isn't me bragging about how easy it is to write stories. If it were that easy I'm pretty sure I wouldn't be toiling away full-time developing IT systems for large corporations. But it isn't, so I am, and right now the writing takes third place behind family and work.

While the experience I had writing Twist has happened before, with other stories, it's not even close to the norm. Twist was a lighting strike. The usual process is more like scaling the north face of Everest, solo, with no oxygen. Or Equipment. Blindfolded.

I have stories I have wrestled into submission under many hours, days, weeks or months. I have a couple of stories that I really like, except for the fact that there is something indefinable wrong with them. These stories sit in folders on my Dropbox for years before I realise how I can make them into something that people might actually want to read. Or perhaps I will never feel that way about them.

It is this indefinable quality that makes us like a story. It's something bigger than the plot, bigger than the characters or the dialogue. It transcends good or bad proofreading and copyediting. It's there (or not there) regardless of how clever a twist (see what I did there) you finish with. It is of course all these things as well, but good fiction--fiction that grabs you and won't let you stop reading--can lack some of these elements and still be good. Bad fiction, on the other hand, can have everything you think should make it good, and still fail to engage the reader.

Twist is not an overly serious story. It was fun to write, and I hope it will be fun to read. My hope is that Twist has that "something", that strange, unmeasurable quantum-like quality that only exists when you, dear reader, take the time to engage with the story. It could not exist without you.


Thanks, Michael! Very interesting!
Check out Twist and all the other stories on August 31!
Posted by lesleylsmith at 6:00 AM No comments:

We are working hard on the awesome August 31, 2018 issue of Electric Spec! I thought I'd take this opportunity to reveal the awesome cover by Ron Sanders: 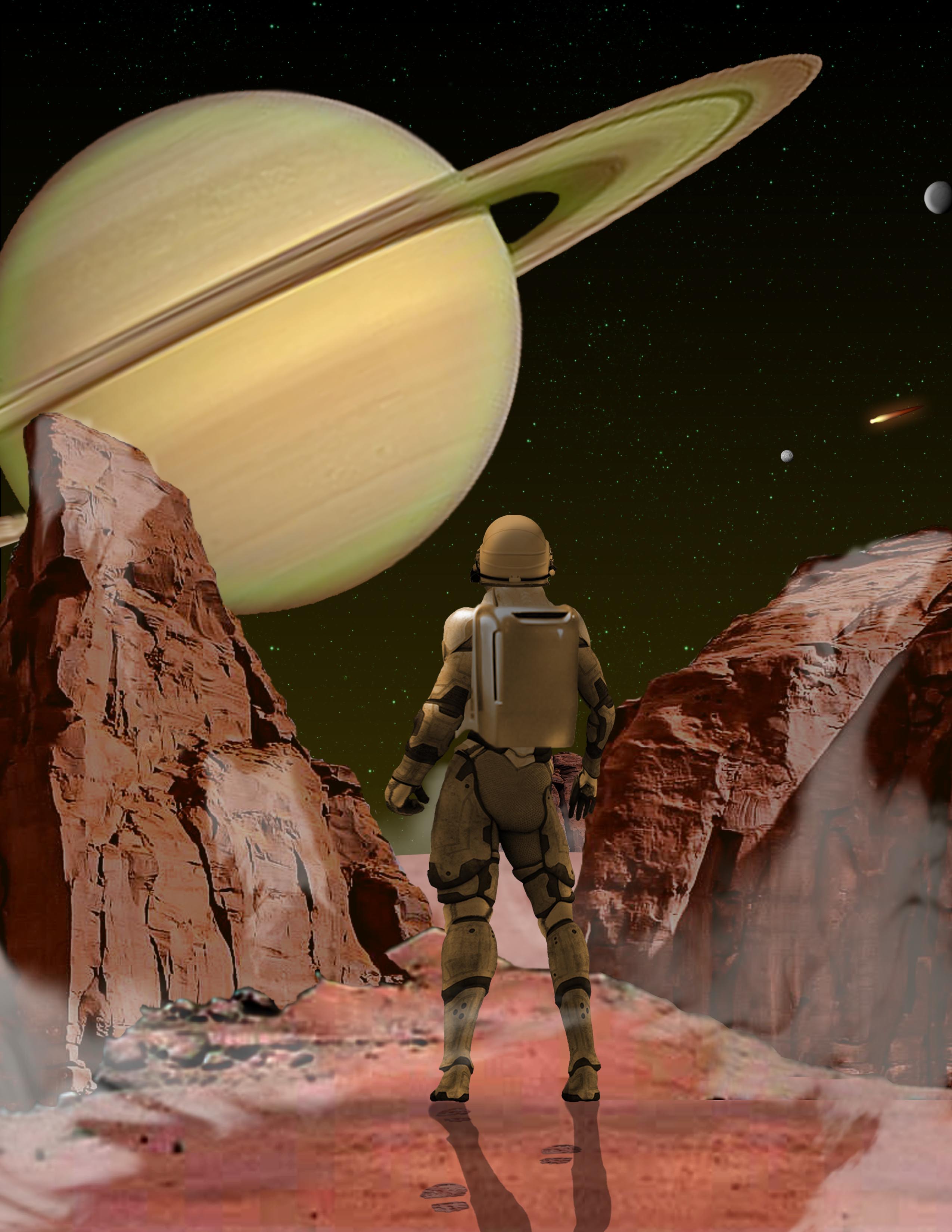 He calls this piece Rhea.
We've actually featured Ron's artwork several times before.
Read more about him on the Artists Page.
Posted by lesleylsmith at 12:00 PM No comments:

We have really geared up for the awesome August 31, 2018 issue of Electric Spec. Most folks who made it into hold-for-voting should have received a final decision email by now. We're starting to edit stories and create the issue itself.

We recently had the Production Meeting. It's odd...often we notice an overall theme of submissions. This time, the tone of the stories was quite dark. We also had more than one story featuring spiders that made the finals. Interestingly, there was very little high fantasy. (Consider sending us some.) We discussed the finalist stories. One editor admitted that the amount of editing a story needed had an impact on whether he/she ranked it highly or not.

Overall, we were very impressed with the quality of the stories and were sad we couldn't publish all of the finalists. If your story was in hold-for-voting but ultimately not selected, do submit elsewhere. To assist you with this, consider the following websites with lists of markets: