Posted by lesleylsmith at 12:38 PM No comments:

The November 30,2011 issue of Electric Spec is coming along nicely. We're close to getting through slush for the issue and are working on art and articles; the production meeting is set.

Two of us Electric Spec editors just spent the weekend at MileHi Con, the annual Denver Science Fiction/Fantasy con. We had a blast! For example, Editor Betsy was on a panel about "Exploding Writing Myths" and one of my panels was "A Dazzling Dozen Short Stories." It was great to meet or re-meet authors and fans and hear about new stories, novels and ideas. We did some work on the upcoming 'zine issue while there, for example, Editor Betsy secured an interview with an up-and-coming author with NightShade Books. (Stay tuned for more info!)

I encourage you to go to local or national conferences in your genre. They are always a fun; it must be something about spending time with your "tribe." FYI, if you're going to World Fantasy in San Diego at the end of this month, among all the other neat authors and industry professionals keep an eye out for Editor Betsy (check the bar). :)

How about you? What's your favorite con? Any fun con stories to share?

We hope to see you next October at MileHiCon! :)

We editors are hard at work finishing up the slush for our upcoming November issue of Electric Spec. Everyone who submitted before October 16 will hear back from us by the beginning of November. Thanks for submitting! And I hope you all will come back and read and enjoy the excellent new issue. :)

I've seen some stories which...how shall I say it? Don't have much story to them. That can work, but that's not what we publish in general. In our stories, some kind of protagonist has some kind of problem and he/she/it/they act to solve it. They don't have to succeed, but they have to do something.

Authors struggling with how to put such stories together may be confused about 'scene and sequel' and 'showing and telling'. A scene is a cause, it's an action, while a sequel is an effect, a reaction. A scene could be considered real-time dramatic action and dialogue, while a sequel is often emotional reaction, thought, and/or decision. I admit, there's a lot of jargon associated with writing, so it doesn't really matter what you call it. The point is in a scene there's action, there's showing, and in a sequel, there's often telling. A good story that we would publish, generally will have both.

If not, perhaps you need to work on it some more. Or submit elsewhere. :)


Posted by lesleylsmith at 8:42 AM No comments:

Wow. It's getting to be production time for a new issue of Electric Spec. This means we will be closing to submissions for the November 30, 2011 issue on midnight October 15 (U.S.A. Mountain time). I'll tell you a secret: we editors have not been keeping up with the slush as well as we should since the last issue. (Apologies!) I guess time got away from us. Never fear, however, we will address the slush forthwith and get the new issue out in a timely fashion.

Speaking of time passing... it's the end of an era. We lost a visionary last week. I guess I don't have any wise words about this... 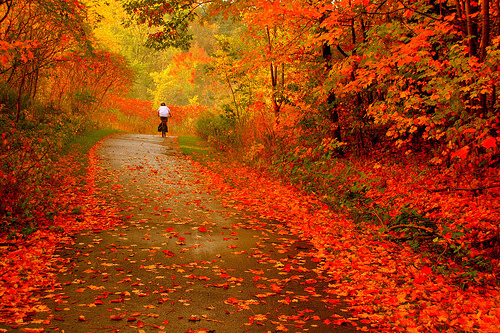 Posted by lesleylsmith at 8:33 AM No comments:

As writers it can be tempting to incorporate the neatest hottest trend or idea into our fiction.


As an editor, I'm here to say: caveat scriptor. The latest discoveries or trends can quickly be outdated. Instead, write a story from your heart. Write something you're passionate about. Notice I didn't say write what you know. It's passion on the page that makes readers (and editors!) excited about a story.

Keep sending us your stories! We appreciate your submissions!