We're live! The new issue of Electric Spec is out! Huzzah! 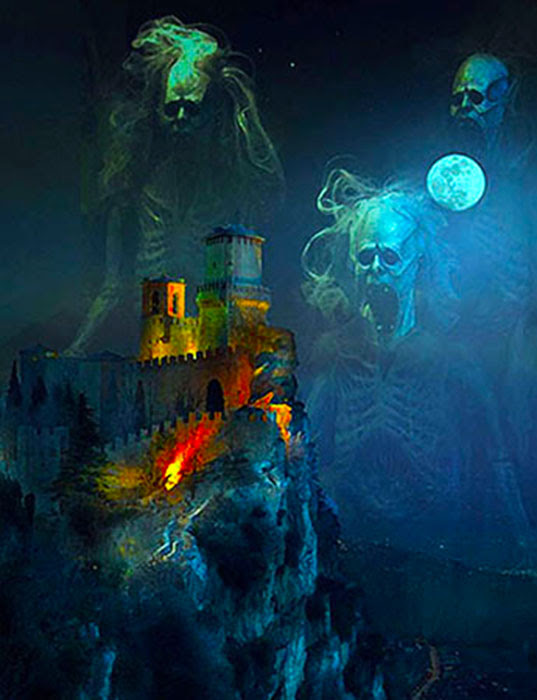 Thank you to all the authors, the cover artist, the tech support folks and all the editors! Yay!

And thank you readers!

Woo hoo! It's almost time for the marvelous May 2018 issue of Electric Spec! We will be featuring "Sigmund Seventeen" from Chris Barnham. Here's what he has to say about the story:


One of the things that always interests me about writing fiction, is the way that you make stuff up and sometimes the characters and the ideas take on a life of their own. You think you’ve written something the way it should be, only to find that you have to go back and explore it some more.

I wrote a story about a young man called Siggy, who meets a woman called Ellie. They fall in love, and she shares with him a fantastic secret: she has stumbled upon a mechanism for travelling between different versions of reality, between worlds that are subtly or dramatically different from our own, depending on how far you go along a mysterious path called the Way.

That story -- called Once There Was a Way* - ends sadly. Siggy has a wanderlust, and showing him the Way is like giving him the keys to the sweetshop. He can’t resist using it without Ellie, only to get lost in parallel worlds, forever searching for the version of reality he left behind, the one with his lover in it.

I always thought the concept of the Way lent itself to a series of stories, and sure enough I wrote others. One -- called Hard Times in Nuovo Genova -- is due to be published this summer by the magazine Intergalactic Medicine Show. What I didn’t realise at first was that the story of Siggy and Ellie hadn’t been fully told. I left Siggy wandering the Multiverse, searching in vain for the Ellie he left behind. But what about Ellie?

That thought led to my story, Sigmund Seventeen, the sad tale of what Ellie did after she lost Sigmund. (Warning: Spoilers!) What both stories show is a truth that lies at the heart of much science fiction: whatever the powers and possibilities that become available to us, through technology or otherwise, our fate is often determined by the flaws that lie within us. In Once There Was a Way, Sigmund loses Ellie because he always wants to look around the next corner and suspects the grass is greener, and so fails to see that what he already has. In Sigmund Seventeen, Ellie risks wasting the endless possibilities available to her in a doomed search to replace the man who got away.

Both these stories, indeed all my stories set on the magical path called the Way, are at heart about this truth: what we get out of life is largely determined by what we are able to bring to it. There’s no magical or technological fix that can make us what we are not.

*If you want to read the sister story, Once There Was a Way, it is included in the short story anthology Flicker, out now from FillesVertes Publishing.

Check out all the stories in 2 days!!!

Mary E. Lowd tells us the following about her story "The Blood Portal"...


A year ago, I attended Wordcrafters' Science Fiction/Fantasy Story Weekend. The instructor was Nina Kiriki Hoffman. We belong to the same critique group and get together to write semi-regularly. She was kind enough to let me ride along with her on the hour long drive, deep into the beautiful forests of Blue River, Oregon. I have two children (they were nine and three years old at the time) and it was a blessed sanctuary to escape to a quiet cabin for a whole weekend with a dozen other writers. Over the two days, I pot-lucked with the other writers, went on a long solitary walk along the river, stayed up late into the night chatting, and wrote a story. Because that's the point of the weekend -- show up Friday, write a story before dinner time on Saturday, and then everyone reads their brand new story aloud.

I'd gone to one similar retreat before -- Wordcrafters' Ghost Story Weekend with Eric Witchey, another incredible instructor. Eric's teaching style is far more analytical than Nina's. For the ghost story retreat, I'd been nervous -- trying something entirely new -- so I had come prepared with a detailed outline for my ghost story, even though I don't generally write outlines. (Seriously, I've started trying to write outlines for longer projects, and they mostly look like a couple of thought bubbles scrawled on a piece of lined paper.) For the sci-fi/fantasy weekend, I showed up at the retreat with absolutely no plans for what I would write.

See, I'd been watching Nina design roll-up sheets at our writing dates. Since then, she's put a bunch of them together into Stone Story Soup: A Story Cookbook. On every page, there are lists of possible character attributes or story tropes, and you roll dice to pick which ones you're supposed to write about. So I rolled the dice, and I filled out a sheet with a bewildering array of ingredients that didn't seem to go together at all. This doesn't usually happen with Nina's sheets, but I'd decided to roll my way through ALL of the sheets, instead of just picking one.

I stared at those ingredients for a long time, trying to scry how they could fit together, and then I just started writing. What poured out of me was a blend of science-fiction and fantasy worlds, inhabited by a character who I filled with some of the fears I'd been experiencing myself. Remember those children I mentioned in the first paragraph? The younger one is a boy, and while any toddler can be a fiercely entitled little creature, there was something especially terrifying about watching a white male stomp his way through the terrible twos. I felt a burden of responsibility as his parent that I hadn't felt with his older sister at the same age. When she threw tantrums, it was horrible, but I knew she'd grow out of it. She'd have to. Society would require it. But watching the news... And thinking of my own father (who terrifies me and has been asked not to contact me)... I could picture all too easily that my charmingly sweet little boy could somehow walk all the way into adulthood with the horrifying sense of entitlement that toddlers naturally feel intact.

The story I read aloud that Saturday evening was "The Blood Portal."

A little over a year later, I'm happy to report that my son, now almost five, is already much more respectful of other people and their boundaries than he was during his terrible twos. And when I went to this year's sci-fi/fantasy retreat with Nina a few weeks ago, I let my emotions pour into a story again. This time, I ended up with a lightweight comedy.

Josh Taylor wrote "The Butcher of Swiffle Prime." Josh is an engineering professor at the University of Toronto. His short fiction has appeared or is forthcoming in The Jersey Devil Press and The Penn Review. Around a year ago I read an article in the New York Times called 'You Don’t Want to Buy Groceries From a Robot,' by Stacy Torres. It was about how some people have little social interaction beyond brief exchanges with service workers, and that replacing those jobs with automation can cut them off entirely. I kept thinking about it, particularly when having an impersonal shopping experience. It struck me that another side of the issue is how companies force their retail employees to recite promotions to customers. It often ruins the interaction for both the customer and employee, and can lead people, particularly those who don't value such interactions, to actually prefer to buy things from machines.

That was the inspiration, and, after lots of revising, this was the story that came out. As a new writer I usually don't know what the result or even style will be until I'm well into the story. Although if there's a chance for humor I'll almost always put it in, which is easy for me because I'm very accustomed to people not laughing at my jokes.

We are pleased to be able to start talking about the sensational stories in the next issue of Electric Spec.

First up, we have "Tech Support" by Toni Johnson. Toni Johnson is an author and illustrator living in Chicagoland. She is the editor and an author for Tales of the Automazombs.
Here's what she has to say about her story...

Tech Support started as a strange exclamation ("Great flaming monkeys!") that needed a world to live in.
The place that emerged was a modern Chicago that stumbled into magic half a decade prior.
Naomi herself is based on the tech support staff I've known from my time as a web designer.

We, the Editors, are hard at work on the marvelous May 2018 issue of Electric Spec. Emails to authors who made it into hold-for-voting are going out about now. Some will get rejections. :( Some will get acceptances with contracts and info about deadlines, schedules and their personal editor and the process moving forward. Thus, if you submitted for this issue you should have heard something from us by now. If not, something went awry: please submit, being careful with your subject line. Once in a while stories do disappear into the ether...
Thank you very much if you did submit.

We were very pleased with the variety and quality of the stories this time. For example, there were several stories combining science fiction, fantasy and/or horror elements. We love that!
In miscellaneous news, we're pondering a redesign of the whole Electric Spec website. If you have strong opinions, please leave a comment.

The other major takeaway from the meeting is we were sorry we couldn't publish every story in hold-for-voting. They were all publishable. So, if you got in there: congratulations! I'm being sincere. That is an accomplishment. You are an author. If not here, I do believe your story will find publication elsewhere.

Next time we'll start blogging about the new issue!