Wowsa! It's here! We're live with the brand new issue of Electric Spec!
Thanks to the authors, our artist, all the editors and behind-the-scenes folks! Huzzah for you! You rock!

Thanks also to the readers! You rock! We wouldn't exist without you.

The marvelous May 31, 2017 issue of Electric Spec is almost here! As a sneak peek, here's our cover art by
Brian Malachy Quinn: 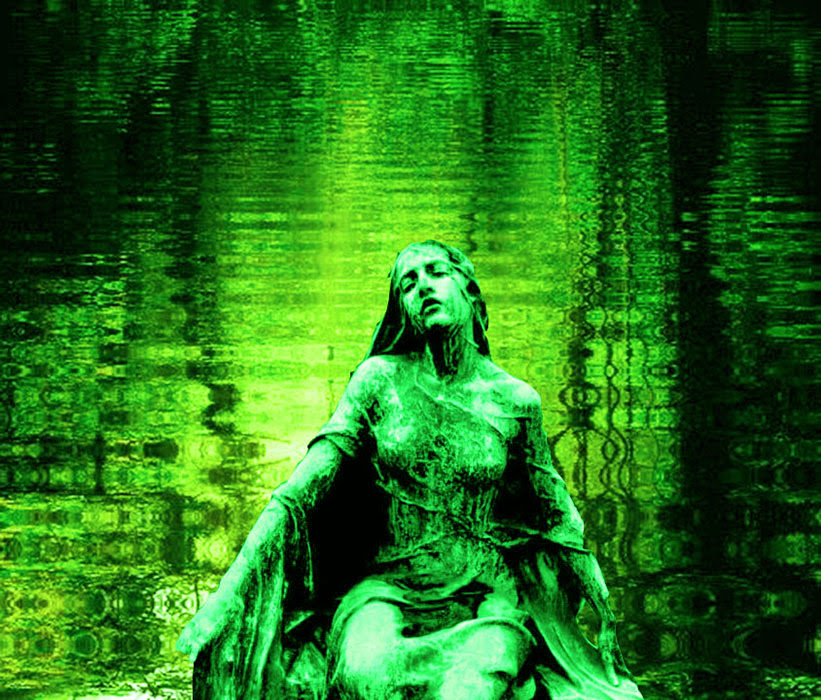 Evocative, right?
Check it all out tomorrow!
Posted by lesleylsmith at 6:00 AM No comments:

You've already heard about Mark Salzwedel's speculative fiction tale "The Axe" and Maureen Bowden's fantasy "The Dratt is Coming" but we have some other marvelous stories in our May 2017 issue of Electric Spec.

Nicholas Sugarman will be sharing "Corporate Robo Renegade Piston" which puts a totally new spin on corporate competition! We'll also feature "Justice Enough" by Eric Lewis, a fascinating look at justice in a fantastic world. Finally, there's "Northwest Regional" by John Sunseri, another fantastic competition, like none you've seen before...
Hmm, I may be sensing a trend here. :)

As usual, we'll showcase some fabulous original art. There will also be a fun entry in Editor's Corner from Nikki Baird.

We will be publishing a fantasy "The Dratt is Coming" by Maureen Bowden in our next issue. Maureen was kind enough to say a few words about her inspirations and motivations...
Hello, Electric Spec readers,
My story, "The Dratt is Coming", is a product of my love of history and mythology. The protagonist, Gwenllian, the orphaned child of Prince Llywelyn ap Griffith and Eleanor de Montfort, was dumped in a monastery by Edward I. I decided to rescue her, transport her seven hundred and thirty years to the present day, and give her a life. The Dratt can be interpreted, if you wish, as a metaphor for any one of the many scourges that threaten us in the precarious twenty-first century. I've also drawn a comparison between the murkier aspects of the Internet and the Trojan Horse. I hope you enjoy my story and I hope it makes you laugh. That’s my main purpose in writing.
Love, Maureen.

Thanks a lot, Maureen! We appreciate your contribution.
You can read "The Dratt is Coming" starting May 31, 2017 at Electric Spec.
Posted by lesleylsmith at 6:00 AM No comments:

One of our marvelous May 2017 stories will be "The Axe" by Mark Salzwedel. Here's what he has to say about it...
"The Axe" is one of my rarer attempts to write humorous speculative fiction. There was an illustration on the Hit Record site asking for people to write about an axe-wielding character. I used that as a prompt and wondered what it would be like to receive a magic axe that had been passed down for generations in secret.

I have been fascinated with time-travel for quite a while now. I have been playing around with a variety of theories I've read about. They have me teetering between the multiverse option and the conservation of matter and memory/immersion considerations. In "The Axe," I opted for memory retention but immersion. Let me explain the possibilities:

One of the enduring problems of time travel theory we often refer to as The Grandfather Paradox. If you go back in time and kill your grandfather, would you poof out of existence? Would you go on existing without a grandfather in your past, either in this universe or another you created when you modified history?

The multiverse explains quite a few of the paradoxes. When you go back in time, you don't go back into your history. You go back into a history in which you popped out of existence in your pre-travel present and appeared as an older man to the you native to that time. If you go back prior to your birth and kill your grandfather, it doesn't matter because the one who provided the DNA for your parent still lived long enough to bear children in the timeline you left. Important to note: you will have created a timeline in which you really ruined your grandmother's life.

Other theorists have suggested that on returning to the past, you would simply enter the awareness of yourself at that earlier time. It's sort of a memory transplant. The earlier you suddenly is aware of his or her future life. Instead of creating a new universe, you go back in time like a do-over. This is called immersion, because you enter the past as yourself at that time, not as a new visitor. Some theorize that going into the past leaves you gradually or instantaneously with no memory of your future. In that case, traveling to the past is useless, because you are unlikely to do anything differently.

I'm working on a non-sequential novel called "Time Bump." In that universe, time travel paradoxes are common, and you create a new timeline every time you enter the fourth dimension. It defies another time travel paradox, which is often called "first cause." In the story, the main character starts time traveling because a much later version of himself time traveled, making him so invaluable in the future that he was rescued from the shorter-term future when he was about to get killed. In rescuing him, his future saviors create a "time bump," or a paradox that causes him to start time traveling in the past.

Very interesting, Mark. Thanks!
You can read "The Axe" at Electric Spec starting on May 31, 2017.
Posted by lesleylsmith at 6:00 AM No comments:

As promised here's what happened at the recent Electric Spec production meeting...
First of all, the meeting got postponed because of a blizzard in metro-Denver! Yikes! When we finally got together the snow had already started melting, the sun was shining, and we were all glad to get out of the house. All the editors had finished reading slush and had ranked their stories from top to bottom. I compiled a list of story totals and sent it out. A few stories we all really liked. We started at the top of the ranked totals and discussed. It took very little time to pick out five stories and some art work for the issue. Editors end up editting stories that were at or near the top of their individual ranked lists. We discussed some other Electric Spec business and that was about it for business. Easy-peasey.

We also had a discussion about rejection. All the editors are creative people and understand what's involved in submitting creative work. As creators we well know the disappointment of rejection. That's part of the gig. As editors we're sad we can't accept everything. So, if your story was rejected, you can take a little solace in knowing your story was publishable. It just wasn't a good fit for this particular issue. We empathize. Rejection sucks! But good luck in the future.

Folks who had stories in hold-for-voting (and you know who you are because you received an email already) should receive an email today or very soon with the decisions. If we selected your story, you will also receive a contract. Please look over the contract and other info in the email and get back to us soon. Once we receive the signed contract back, we'll start editting.

And we do edit. Authors need to be able to take some feedback. We do not rewrite your story. We make suggestions. In our twelve years of existence I think one time the editor and the author couldn't agree on story edits and we went our separate ways.

We also ask for bios, webpage links, etc. which we post on the Electric Spec website under Links. We've been asking creative folks for comments for this blog (Right here!) as well. Please consider telling us about your creative process!

So, stay tuned right here. I'll start blogging about the upcoming marvelous May 31, 2017 issue next week!